Random ramblings with a Christian take- most of the time!

Part 1 of Catch flights and not feelings.

Let me just testify about my surprise flight story 🎙

On Sunday 4th I thought about the upcoming significant family birthdays and surprises that were planned for the next weekend that I also thought was the mock exam weekend. It turned out it wasn’t and so I booked a flight home after speaking with my parents and thinking I caught a bargain at £50!

The Saturday morning came where I dragged myself out of bed to do some yoga as I had missed it the day before (I do yoga 3 times a week and no excuses). Somehow I rushed around and got to the bus station at 0906 and just missed it by 1 minute, I thought “it’s ok that’s why I know there’s a 1040 if needed”. I then got all useful and went to school to do some work for 30 mins and headed back to the station for 1035. The bar didn’t sell the ticket to me (this happened a month ago too) and I’m not sure why, but he told me to buy it on the bus as it’s normal. The bus came and the driver shouted across in Spanish, “It’s full so you can’t get on without a ticket”. Thanks bro, now WHAT?

Here, my friend is when I went into planning mode and looked at 3 alternatives as I stepped on the bus (that arrived seconds later) to the bigger city. I got so frustrated and teary that I’d now missed the easy option and by the time I get there the extortionate train which was option 2 would have left. I arrived at the train station after running across the road from the bus station and nearly lost my luggage with a white car. I missed the train obviously. There I was asking an adult student to help me out in some way as I looked at options to Madrid and paced to calm myself down incase renting a car wasn’t viable. I hadn’t driven in 6 months at the time but I’m smart enough and had driven in Spain and Portugal years before.

I kept thinking about Jesus and the wine miracle (John 2:1-11) and telling Him that He can make anything possible. Today was a day to test that again as well as be reminded that I stopped drinking for 2017. OK now to my adult student who is my friends- sourcing option 3! I skimmed blablacar.es and the closest time said 1230pickup to arrive at 4 but my friend had found out he’d arrive at 2pm. She is an angel I tell ya! I then met her sister who helped me out after I’d bought sweets to calm myself and a sandwich for later because my Thai lunch dream had died and so did my fat burger dream.

NOTE: Before embarking on a journey plan what food you’ll get, my dreams burned up before my eyes but they were tasty dreams.

Paco and his wife saved me that day and even drove me to the airport through our short Spanish conversation. Angels on earth were gracing me that day. Jesus loves me and this is know. I felt so much hate for missing connections and dealing with small city foolishness but by the time I was in my nice Citroën ride with caring adults I could only thank God.

We arrived at 1415 and I fly at 1500. Security was short so I didn’t have to run through flailing my arms as pre-planned. I thought, “ok let’s get some fries because I want something to go with the sandwich I ate in the car”. It seemed as though I had time. The chef/server at Caliente Comer – airport restaurant- took her time to sort me out. But I’m like no I want fries let’s chill. It was then 1442. Home girl thought, I’m sure the gate isn’t far, even though I’ve confused airports in my head and had gotten slightly lost.  Running through and moving as quick as I could with half eaten chips in my throat, as I didn’t buy a drink to save on airport money, I was there bombing through. Bad choice of words but imagine my gelled bed plaits sticking out of the side, neon interior of my Nike coat on show and my small pink samsonite riding by my side like a side-chick should.

Thinking of Jesus and seeing flashes of BOARDING CLOSED signs surrounding my flight. I slide in there and she’s like,  “Birmingham?” I pulled open documents as she called them to tell them I’m here (benefit of online check in). She then says, “you’re lucky” in a ‘be grateful’ tone.

To roundup, I get on the plane for a supposed 3pm departure. It was half empty and I took a row for myself. We didn’t leave until 3:16pm.

I was stressed at the start and saw so many close calls of not making it. But God turned water into wine and most certainly made a way for me!

What lesson did I learn, did you ask?

I’ve decided to not fly for surprises unless it’s my husband or child. Neither will I live in small cities again. I am a gift but I don’t need stress to be a part of my day 🍷 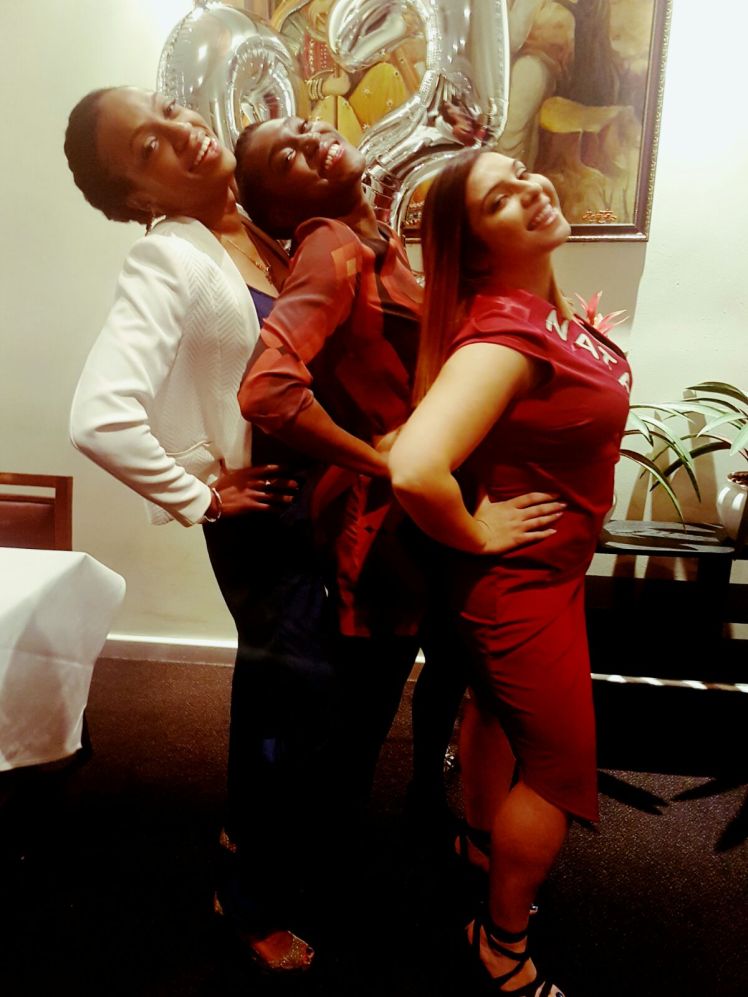 One thought on “Catch flights, not feelings: I almost missed my flight I”

This site uses Akismet to reduce spam. Learn how your comment data is processed.

Don't wait for it, create it.

Smile! You’re only here once!

Lions can wear glasses too

Diaries of a Twenty Something Stepmum

The truth is, I've never done anything so difficult in my life!